The minor chord is constructed in the same way as the major chord, but using the minor scale. Playing the first, third, and fifth note of a minor scale at the same time creates a minor chord, visualized below. 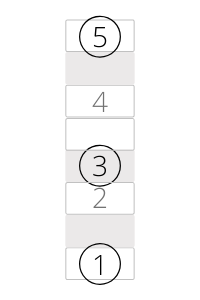 Previous: The Major Chord
Next: Chords in the Major Scale